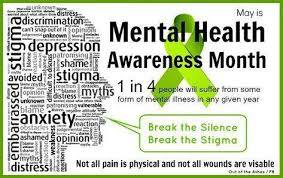 Because suicide attempts are rarely rational, your response, however sincere, should not be one of tired clichés or viral memes. Read the following article comes from bhHope, but I encourage you to go to the site to read the comments too. It’s always helpful to hear from those who have ‘been there and done that’, because they can help you help others.

If you or someone you know is struggling with depression, text ‘Start’ to the Crisis Text Line at 741-741. It’s free and confidential; and someone is available to talk to you 24/7. Visit their website at http://www.crisistextline.org for more information. You can also call the National Suicide Prevention Lifeline (800-273-8255) or NAMI (800-950-6264) for support and local referrals.

It’s not helpful to tell someone in the grip of a bipolar episode not to make a permanent decision for a temporary problem.

“Don’t make a permanent decision for a temporary problem.” I get furious when I hear or read this anti-suicide catch-phrase of medical professionals. Partly because I am fairly certain the person uttering it doesn’t understand bipolar patients and their suicide threats or attempts. Partly because rational thinking is not a precursor to any suicide attempts that I know of among bipolar spectrum sufferers.

Maybe a bullied student might pause when hearing, “Don’t make a permanent decision for a temporary problem.” But as a person with bipolar II, when I have contemplated suicide it is when I am far beyond any rational thought. The roaring in my head has become a true tornado, yet my thoughts are not fast moving like during a manic episode. Everything I know swirls into an undecipherable mess. The only thing I know for sure is that I feel rage. Anger that is initially directed at the person who bullseyed one of my triggers, leads to heightened disgust with myself for being unable to prevent a bipolar II reaction. Next comes tsunami-sized frustration with the cycle that is my life. That is it. I am not envisioning loved ones. I don’t consciously want to hurt them. I just don’t even think of them — it is as though they do not exist.

The roar is the only existing thing.

David Foster Wallace has compared suicide attempts by some mentally ill patients to someone trapped in a burning high-rise: “It’s not desiring the fall; it’s terror of the flames.” To borrow from Kay Redfield Jamison in “Night Falls Fast: Understanding Suicide” — “The future cannot be separated from the present, and the present is painful beyond solace.” I know during my mad confusions, I haven’t been able to latch on to upcoming celebrations and future milestones to flush suicidal urges. It is just current pain pushing me toward a dangerous action.

To cite suicidal impulses as responses to temporary problems trivializes most bipolar suicide attempts. The elephant in the room is that while we can have good lives full of love, as with any chronic disease there are near-constant worries about:

* the loss of friends who don’t understand,

* family members who get fed up with us,

Thanks to emotionally extreme episodes we have already experienced, we often find ourselves without a soul willing, or available, to hear about our latest crisis.

Because of the past, we feel certain we will come back to this dark place. Yet my suicidal thoughts seem to wham me to the ground with little warning. (Not to say that extreme depression doesn’t lay many people who are bipolar bare for long periods while suicidal thoughts flit about the corners of their consciousness. I just personally am more familiar with the rage-driven road to the emergency room.)

So, can we please have a new catchphrase aimed at preventing suicide attempts by people who are bipolar? One that doesn’t pretend we sit around making spreadsheets about life and death? Better yet, since stock phrases are rarely appreciated in the best of times (much less when your brain resembles a storm cloud), let us hope for continued advancements in understanding, medications, and other forms of treatment. Then maybe we can experience lives less fraught with the desperation that drives bipolar suicidal urges.

To celebrate the release of my new book, Stay With Me, as well as commemorate Mental Health Awareness Month, I will be posting articles and links on the subject through the month of May. Please share this with your friends and family. And don’t forget to get a copy of my book. Go to https://ruthegriffin.com/home/bookshelf/stay-with-me/ for more information.