The story of Mary and Joseph continues. Mary is about three months along, and every day that passes is another day she is away from Joseph, another day that her Aunt Elizabeth grows closer to her delivery date. The story plays in real time, with each entry signifying a date in her pregnancy. In between entries, imagine the story continuing towards the next highlight. What happens? What does Mary experience during that time?

You can go here to read previous entries. Follow my blog so you can get notification of new postings (see sidebar). Or the book is available for purchase if you prefer not to wait. Note: there are Hebrew words sprinkled through it. You can find a listing of them and their definitions here. The next post will be June 3. 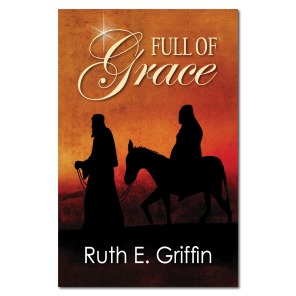 As the time for her aunt’s delivery draws near, Mary helps the other family members with the preparation. Her uncle continues his studies, though he remains close to the house, for Elizabeth’s sake. And just as Elizabeth’s love is evident in her face, so is his love for her. Mary finds herself contemplating that kind of love, allowing herself to think about Joseph, to imagine him as Zechariah, still in love with the wife of his youth after many years of marriage. And even though her mother has repeatedly denied her request to return home, Mary hopes on the love she knows Joseph has for her.

She looks up, aware she has been imagining again. The house is full of women, fussing over the very pregnant Elizabeth. Rona has taken charge of the chores and the meals, insisting Elizabeth rest.

“I’ve never seen anyone daydream so much,” Rona declares.

“Leave her alone, Rona,” Elizabeth says and pauses, her discomfort obvious. She sits up and back in the chair. “She takes everything in, unlike you who talks too much.”

The women laugh, as Mary smiles, happy to be a part of the group. Rona, though, narrows her eyes and glares at Elizabeth.

“Oh, stop being so dramatic,” Elizabeth continues and holds her arm out. “Help me up.”

Rona hands off the bowl of chickpeas to Mary and walks over to her cousin. She takes Elizabeth’s arm and helps her stand. Mary notes how big her belly looks, hanging lower now than it did even that morning.

“You should stay off your feet, bat-doda,” Abigail offers from across the room, where she sits mending a gown. She is Rona’s daughter and just a few years older than Mary.

Elizabeth paces to the door, her hand on her back.

“I feel better when I walk,” she says.

“Well, you better get your rest now while you can, because you’re going to need it, chasing a little one at your age,” Jess states. Mary recognizes her from the synagogue, the wife of one of the Levites.

“I thought that’s what you all were here for, to help me,” Elizabeth laughs, resting against the wall.

“No, that’s what you have young Mary here for,” Rona says, sitting beside her. Though they are family, Mary knows to not take Rona too seriously. The woman liked to talk, as Elizabeth said; no doubt one of the reasons Elizabeth stayed home for the first half of her pregnancy. And now that she was due to give birth; everyone was still talking, but it was about miracle conception—just as they should be.

“No, Mary is here to learn,” Elizabeth corrects her. “She’ll be embracing her little one soon.”

Abigail smiles and lays the gown on her lap. “Will you name him after his father?” she asks.

Mary feels her face get hot and picks at the chickpeas they would be preparing for dinner. This was something she had yet to get use to—being accepted as one of them. At home she was still a little girl and a helper, but here, she was a woman, with opinions and a mind of her own. They valued her words, even if they were few.

“We haven’t talked about it,” she says, truthfully. “Though my achichem was not named after my abba.”

“When I have my first son, we will name him after his father,” Abigail says, still smiling. “He’ll look just like him and he’ll be sweet, just like his father.”

Some of the older women chuckle.

Jess ribs the woman beside her. “Young love is precious, is it not?”

“What is wrong with that?” Abigail asks, offended.

“There is nothing wrong with love,” Jess replies. “It’s the husband you should ask about. Give it a few years and see if you still feel the same way, after Joachim has let himself go.”

Another adds, “And after he takes you for granted.”

Still another says, “Or he doesn’t talk to you or listen to you. See if you still love him after ten or twenty years of marriage.”

Chatter fills the room as all the women start talking at once, comparing their husband’s indiscretions and habits. Mary can’t imagine Joseph doing any of those things, but worse is the expression on Abigail’s face. Her face red and she is ready to cry. Mary looks around the room at her peers and decides to speak up. She clears her throat and says, “Doda has been married for many years and she and dod are still in love.”

The women get quiet. Mary feels her face grow warm again as all eyes rest on her. Then the women break out in laughter. Mary doesn’t understand and tries to find reason in the faces around her.

Amidst the chatter, hers is the only voice missing. Rona turns to the door where Elizabeth stands, holding her belly, the expression on her face pained.

“Nothing to say?” Rona adds, her voice light, the concern audible.

All the attention is on her now, as she grips the door and a puddle gathers at her feet.

Taking in a breath, she finally turns to everyone and states, “The baby…”

Rona and Jesse rush to help Elizabeth to her room as two of the other women go for the midwife. Mary had been younger when Oprah and Kyla were born and only remembered the anxiety of not knowing what was happening…much like now.

Well, this time she was going to find out.

As the chatter continues between the other women, Mary makes her way to the room, staying out of everyone’s way. She watches as Rona removes Elizabeth dress, leaving her covered in her undergarment, a white, sleeveless gown that gives Mary a glimpse of her perfectly round belly and protruding navel. For a moment, Mary can only stare, until Elizabeth stiffens up and lets out a muffled scream. She is shocked by aunt’s response; she was normally so calm.

Mary tears her gaze from Elizabeth and turns to her. Rona motions for her to come over.

“Walk with her,” Rona instructs her.

And for the next hour, Mary obeys. While the midwife prepares for the birth, the young girl keeps step with Elizabeth, stopping when the pain strikes, walking when it subsides. There are few words between them and this is fine with Mary, as she is unsure of how to comfort Elizabeth. She had been curious about this event, but now that she was in the midst of it, she was scared—not just for Elizabeth, who seems to be waning in strength, but for herself as well. She would be in this same situation soon enough.

“Bring her here,” the midwife states, indicating the birthing stool.

“Come on, cousin, you’re almost done. You were there when all the others were born. It’s your turn now,” she says.

Elizabeth tightens her hold on both of them and nods her head. They slowly walk over to the birthing stool and help her sit down, pulling her undergarment above her belly. The midwife opens her legs, exposing her private area. Mary blushes and stands back as the midwife speaks softly to her aunt, encouraging her to push. Elizabeth does so, once, twice, three times, when the midwife exclaims, “Your child is coming.”

Mary watches as her aunt pushes once more, screaming with every breath, as the head of the baby comes out of the center of her womanhood. Elizabeth rests while the midwife cleans the child’s nose. She proceeds to hold down the head and instructs Elizabeth to push again. With one final thrust, the child is out and in the midwife’s arms. She cleans his face, causing him to wail, loudly.

“You have a son!” Rona announces, as Elizabeth relaxes against her.

Turning her attention to the child, Mary notes how the midwife wipes him down and rubs a mixture of salt and olive oil on his skin. She cleanses him with water and rubs him down again, before wrapping him snuggly in a blanket and handing him over to his mother. Her eyes light up when he is placed in her arms, as though every pain she endured had been forgotten. She cradles him and stares down into his face, with a smile brighter than anything Mary had ever seen.

“Welcome, little one,” she says, touching his face. “I’ve waited a long time for you.”